All About Razor Clams 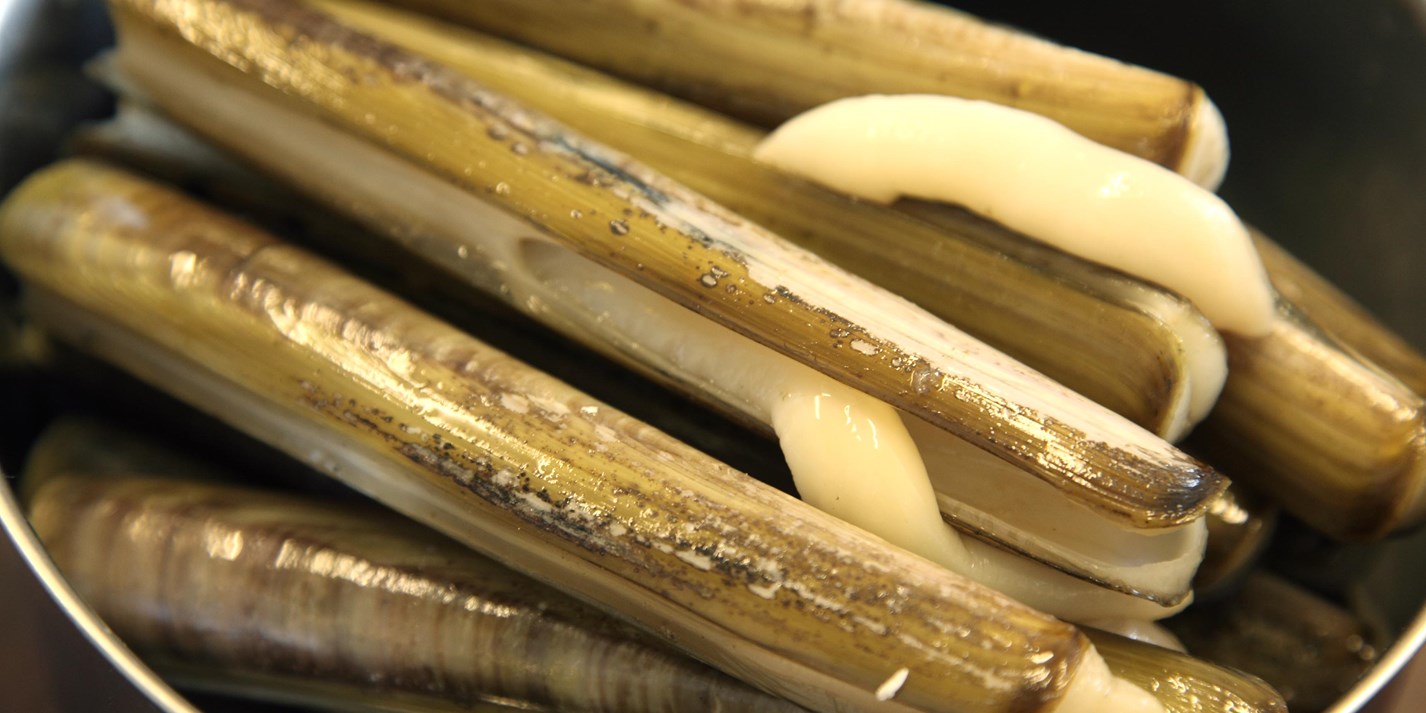 Atlantic razor clams inhabit sandy or muddy beaches, estuaries and bays. They can burrow quickly and even have the ability to swim! During low tide, razor clams are revealed by a keyhole-shaped impression in the sand. If the razor clam becomes disturbed, it can shoot a stream of water out of the hole.

Razor clams are delicious. They are sweet, with low salinity. They are also versatile to cook. They are often steamed in their shell, or their meats can be breaded and fried, baked, broiled, or even made into ceviche. Citrus, simple salt and pepper, or even a spicy chile sauce will pair well with this mollusk to make a phenomenal dish.