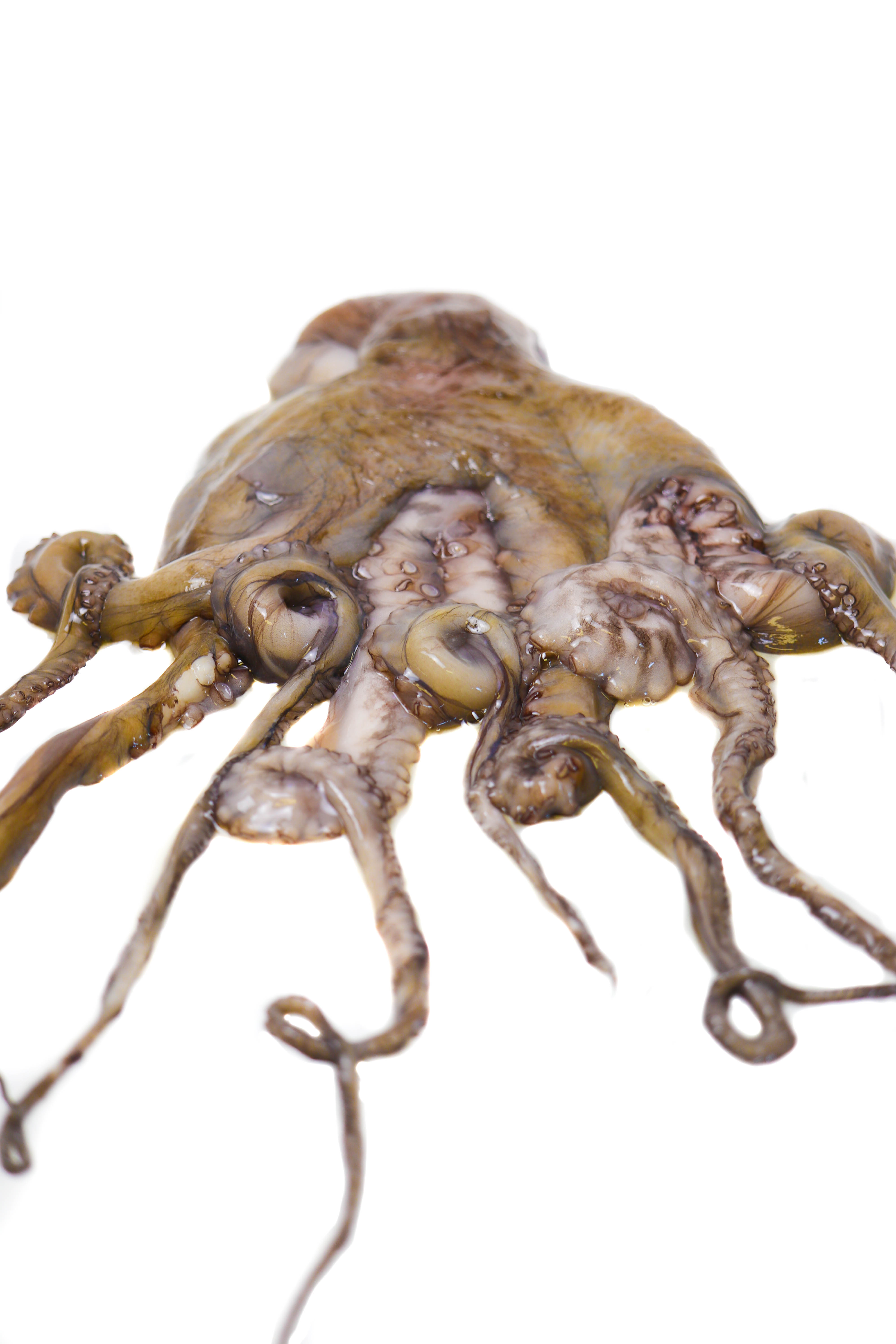 The octopus is a mysterious creature. This can be attributed primarily to their appearance. They are essentially a sac with 8 arms, 3 hearts, 9 brains and blue blood, which can admittedly be a bit less than appetizing! And that’s before one considers their apparent intelligence (octopuses have been known to open jars, as well as demonstrate personalities), and defense mechanisms (Imagine being able to shoot a stream of ink in order to get away from a predator, or being able to change the color of your skin?). Octopuses are truly fascinating animals (and yes, the plural form of octopus IS octopuses).

Despite these facts, the octopus represents a supremely common food source throughout the world. They form an important staple in places like Japan and the Mediterranean. That’s why, regardless of its lack of popularity among Americans, you will find octopus on plenty of U.S. menus. In salads, over pasta, served alone, alongside potatoes and more! Octopus is popular among chefs and connoisseurs, and for good reason!

Octopuses live in warm, temperate waters around the entire globe. They enjoy eating crustaceans and mollusks, which helps give octopus their amazing flavor. When cooked correctly, octopus has a very similar texture to lobster, with a very mild flavor. The key words here are when cooked correctly. Unfortunately, many people have had bad experiences eating octopus, and that’s usually a result of how its cooked. First off, octopuses always need to be tenderized in some capacity. Each culture where octopus is prevalent has a different technique for tenderizing octopus. Greeks whole heartedly believe that hitting octopus against rocks does the trick, some people prefer adding vinegar to a pot of boiling water, and others pound it with a mallet.

Our hope is that you’ll give octopus a new chance in your diet. We think you’ll enjoy this world-popular delicacy. Give it a try!

Stay tuned this week to see our take on octopus! Our fail-safe method will give you the perfect, tasty result you want!