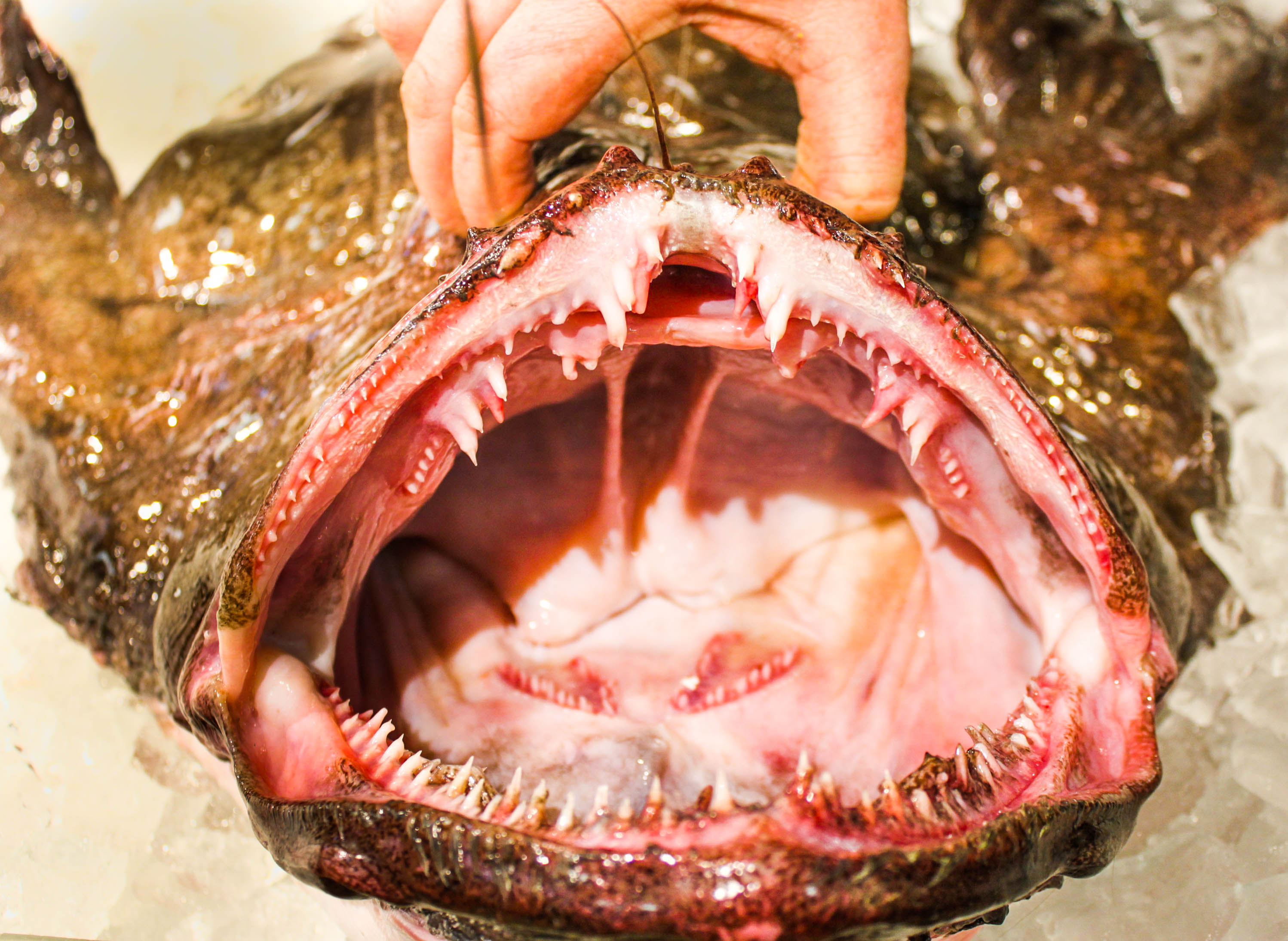 Monkfish, also known as anglerfish, goosefish, or bellyfish, may be the ugliest fish in the sea. They have huge heads, tiny eyes, and an enormous mouth filled with razor sharp teeth. They are also equipped with a fleshy growth on the front of their head used to lure their prey.

Although monkfish can be very large, one of the only edible portions of the fish is its tail (or loin). There is also a market for monkfish liver in Japan, and—although rare—some people use monk cheeks when cooking! Their tail meat can range from 1 to 4 pounds. Their flesh is bright white, extremely lean, and has a mild taste. Due to its mild taste, monkfish are very versatile. They can be baked, broiled, fried, grilled, poached and sautéed. One drawback to monkfish being so lean is that their meat will easily dry if overcooked, so always err to the “medium rare” side with monkfish.

The texture of monkfish is unique. It’s more dense than other white fish, almost giving it the texture of scallops or lobster meat. This is why it is often referred to as the “poor man’s lobster.” It’s great in soups and stews. It is also dense enough to be put on a kabob. You can cook it simply with salt, pepper and lemon, or dress it up with spices, breading, or even a balsamic glaze!

Keep your eyes peeled for our recipe of the week, featuring monkfish!