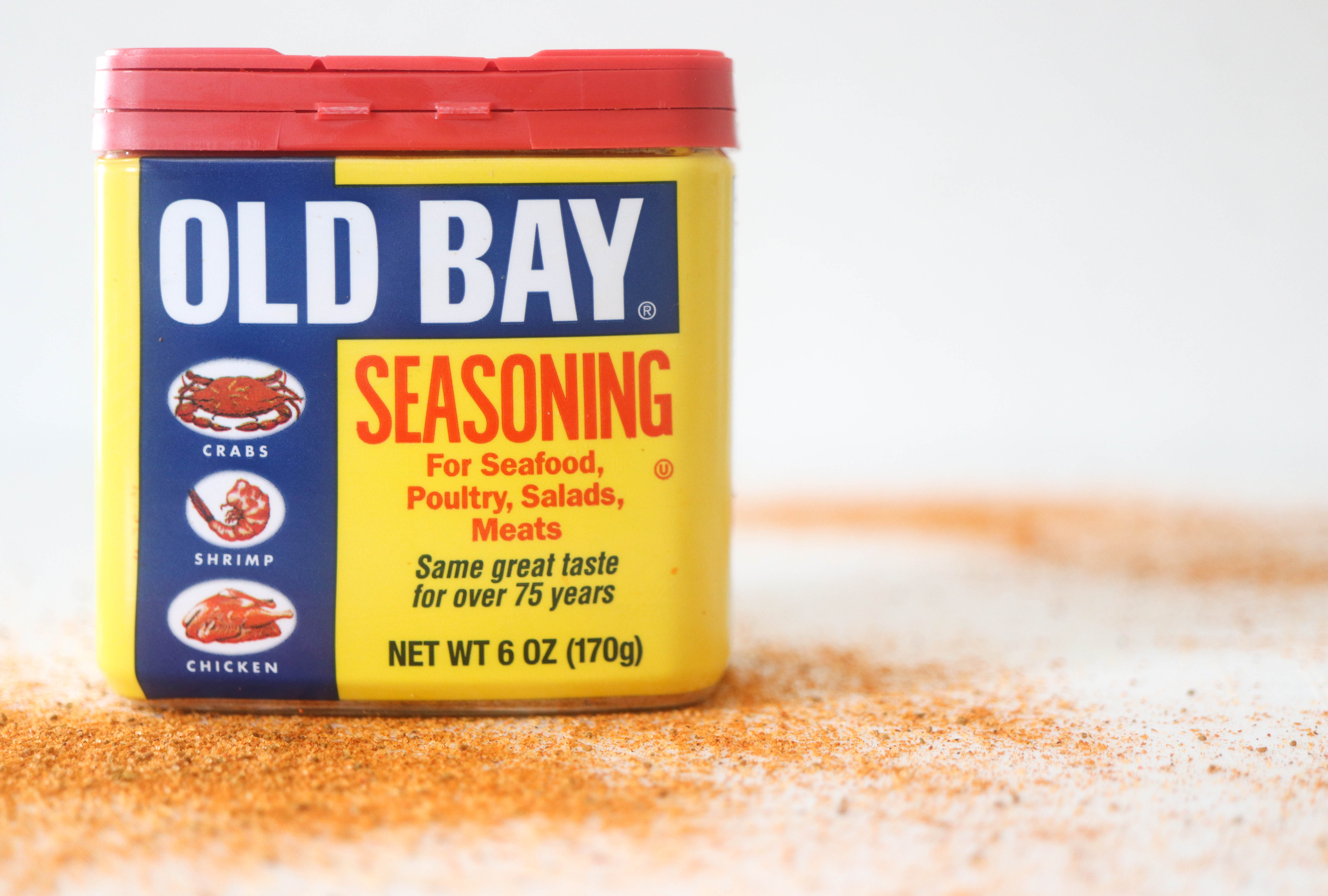 cardamom, and ginger, and it packs a punch! Old Bay is great on everything, including poultry,

salads and meats, but it’s most commonly used with seafood. Crabs, scallops, fish, lobster, you

name it, it’s great with Old Bay on it!

Old Bay can be successfully utilized in some more unusual foods, too. Some people

deviled eggs, or even an Old Bay ice cream sandwich? When you combine the 12 ingredients in

and everything becomes better – we kid. Kinda.

So where did this magical dust come from? We can thank Gustav Brunn, from the

Brunn was a German immigrant who lived a very normal bayside life. He originally

wasn’t catchy enough. Instead, he named it after a passenger ship, The Old Bay Line, which

transported people from Baltimore to New York. Brunn was later bought out by McCormick

Co. Thankfully, McCormick Co. has kept the same classic yellow tin to this day, which really

Stay tuned for 2 recipes this week, both of which will come together to create a meal that is seasoned generously with old bay!